The Germans landed on the Moon as early as probably 1942, utilizing their larger exoatmospheric rocket saucers of the Miethe and Schriever type. The Miethe rocket craft was built in diameters if 15 and 50 meters, and the Schriever Walter turbine powered craft was designed as an interplanetary exploration vehicle. It had a diameter of 60 meters, had 10 stories of crew compartments, and stood 45 meters high. 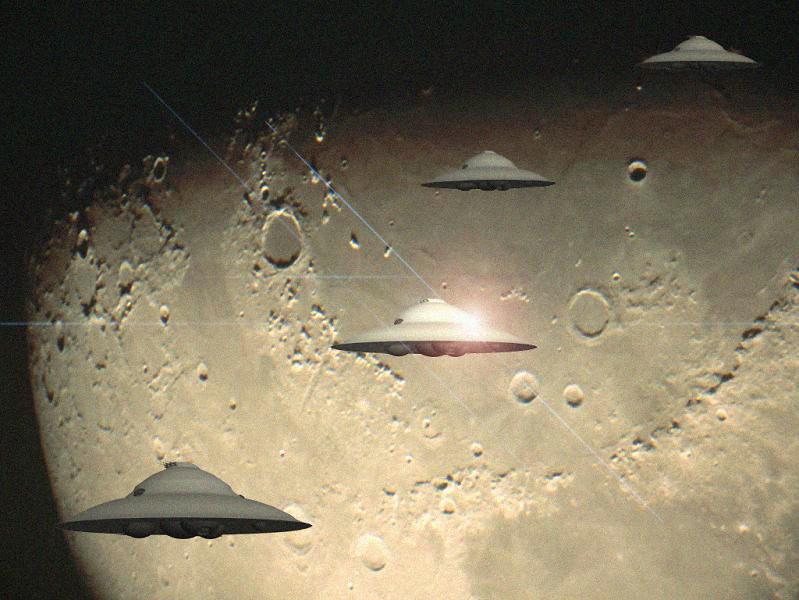 In my extensive research of dissident American theories about the physical conditions on the Moon I have proved beyond the shadow of a doubt that there is atmosphere, water and vegetation on the Moon, and that man does not need a space suit to walk on the Moon. A pair of jeans, a pullover and sneakers are just about enough. Everything NASA has told the world about the Moon is a lie and it was done to keep the exclusivity of the club from joinings by the third world countries. All these physical conditions make it a lot more easier to build a Moon base.

Ever since their first day of landing on the Moon, the Germans started boring and tunnelling under the surface, and by the end of the war there was a small Nazi research base on the Moon. The free energy tachyon drive craft of the Haunebu-1 and 2 type were used after 1944 to haul people," materiel and the first robots to the construction site on the Moon. When Russians and Americans secretly landed jointly on the Moon in the early fifties with their own saucers, they spent their first night there as guests of the .... Nazi underground base. In the sixties a massive Russian - American base had been built on the Moon, that now has a population of 40,000 people, as the rumour goes. After the end of the war in May 1945, the Germans continued their space effort from their south polar colony of Neu Schwabenland. I have discovered a photograph of their underground space control centre there.

According to Renato Vesco again, Germany was sharing a great deal of the advances in weaponry with their allies the Italians during the war. At the Fiat experimental facility at lake La Garda, a facility that fittingly bore the name of Air Marshall Hermann Göring, the Italians were experimenting with numerous advanced weapons, rockets and airplanes, created in Germany. In a similar fashion, the Germans kept a close contact with the Japanese military establishment and were supplying it with many advanced weapons. I have discovered for example a photo of a copy of the manned version of the V-1 - the Reichenberg - produced in Japan by Mitsubishi. The best fighter in the world - the push-pull twin propeller Domier-335 was duplicated at the Kawashima works. Or a photo of Japanese high ranking Imperial navy officers inspecting the latest German radar station. 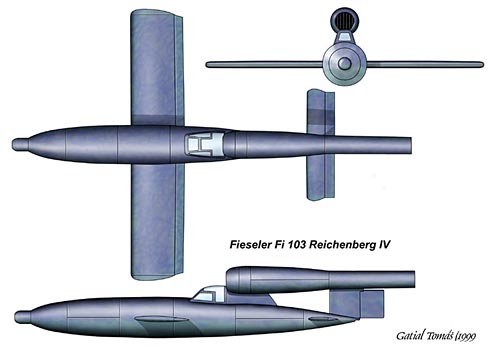 A Japanese friend of mine in Los Angeles related to me the story of his friend's father, who worked as technician in an aircraft research bureau in Japan during the war. In July of 1945, two and a half months after the war ended in Germany, a huge German transport submarine brought to Japan the latest of German inventions - two spherical wingless flying devices. The Japanese R&D team put the machines together, following the German instructions, and... there was something very bizarre and other-earthy standing in front of them - a ball shaped flying device without wings or propellers, that nobody knew how it flew. The fuel was added, the start button of this unmanned machine was pressed and it disappeared with a roar and flames without a sign in the sky. The team never saw it again. The engineers were so frightened by the unexpected might of the machine, that they promptly dynamited the second prototype and choose to forget the whole incident.

GERMAN-JAPANESE FLIGHT TO THE MOON AND MARS IN 1945-46

According to the authors of the underground German documentary movie from the Thule society, the only produced craft of the Haunibu-3 type - the 74 meter diameter naval warfare dreadnought - was chosen for the most courageous mission of this whole century - the trip to Mars. The craft was of saucer shape, had the bigger Andromeda tachyon drives, and was armed with four triple gun turrets of large naval caliber (three inverted upside down and attached to the underside of the craft, and the fourth on top of the crew compartments).

A volunteer suicide crew of Germans and Japanese was chosen, because everybody knew that this journey was a one-way journey with no retum. The large intensity of the electro-magnetogravitic fields and the inferior quality of the metal alloys used then for the structural elements of the drive, was causing the metal to fatigue and get very brittle only after a few months of work of the drive. The flight to Mars departed from Germany one month before the war ended - in April 1945.

It was probably a large crew, numbering in the hundreds, because of the low level of automation and electronic controls inside the saucer. Most of the systems of the craft had to be operated like these on a U-boat of that time - manually. Because the structurally weakened tachyon drives were not working with full power and not all the time, the trip to Mars took almost 8 months to accomplish. An initial short trust towards Mars was probably used to overcome the strong gravitational field close to Earth, after that the craft was "coasting" for 8 months in an elliptical orbit to Mars with its main drives turned off. Later trips to Mars by the joint Soviet - American craft in 1952 and by the Vatican craft of the Marconi project from Argentina in 1956 reached Mars in only 2 - 3 days, because their drives were working during the whole flight: accelerating in the first half and decelerating in the second. Smaller Kohler converters were probably used to power the systems and life support equipment on board. I do not have any information at the present time about any artificial gravity capability on board the craft, but that could have been easily done with the large antigravity drives of the ship.

After a heavy, almost crashing landing, the saucer slammed to a stop, damaging irreparably its drives, but saving the crew. That happened in the middle of January 1946. The crash landing on Mars was not only due to the crippled tachyon drives of the craft - it was also due to the smaller gravitational fleld of Mars generating less power for the tachyon drives; and also due to the thinner atmosphere on Mars, that could not be used as effectively for air breaking as the Earth's atmosphere could. The craft was shaped as a giant saucer - a form that is very efficient as an air brake, when it is entered into the atmosphere with its huge cross section perpendicular to the trajectory of descent.

One question, that I have not answered yet in the affirmative is how were the Germans able to regenerate the air inside the craft for 8 months for this big crew. Quite probably they were using advanced life support systems, developed initially for their larger Walter turbine and free energy submarines, that were cruising the oceans without resurfacing.

The radio message with the mixed news was received by the German underground space control centre in Neu Schwabenland and by their research base on the Moon.